There are as many good things about Chicago as there are residents here. As I was coming back from a trip to Texas recently, I realized that one of the things I liked so much was the fact you can drive two or three hours from the city limits and end up in another state. It’s not as quick as rolling up and down the east coast, but our central location allows for some great weekend escapes.

Check out Da Beef’s slideshow of all the great places he mentions in Madison – and a few more. Are you hungry yet?

Because I’m a food and drink aficionado, Madison, Wisc. is one of my favorite of these escapes. I might be a little bit biased, having spent my college days there jumping around enjoying the atmosphere of a school that’s often ranked near the top as far as happiness goes. I was just a Spotted Cow/Jäger Bomb/Jack and Coke kid back then. A lot has changed – but almost all of the good remains.

END_OF_DOCUMENT_TOKEN_TO_BE_REPLACED 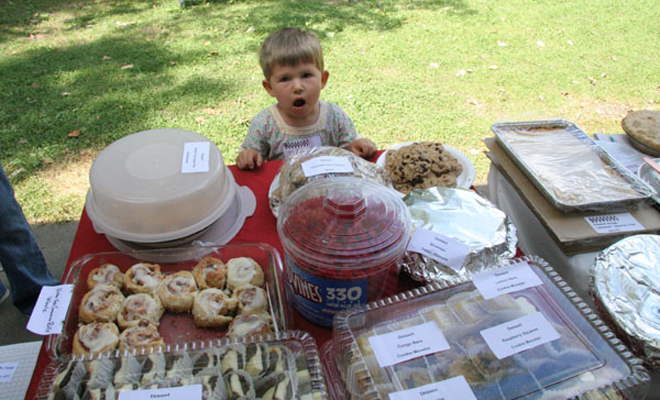 When the LTHForum.com community was young, those of us who were part of it felt a sense of discovery whenever we interacted closely with one another.

Yes, everyone knew we were interested in restaurant dining. But it quickly became apparent (through the Cooking & Shopping forum) that LTHForum.com was abundant with terrific bakers, beverage innovators, cooks, home brewers, picklers and pitmasters. Even the more modest cooks were quite discerning about where they shopped for baked goods and carry-out food.

So, to create an opportunity for sampling each other’s creations and unique food sources, LTHForum.com birthed an egalitarian all-for-one-and-one-for-all picnic. Everyone brings a dish, effectively helping to host the event and make it unique. A picnic permit and piñata are paid for through a few dollars tacked on to the price of the LTHForum.com Holiday Party.

The LTHForum Annual Picnic is a gift that keeps on giving. Come, sit down, and eat your food!

Click Here to read about the 2013 LTHForum.com Picnic which was held on Sunday 9/22/13 at LaBaugh Woods.

Thanks to Catherine Lambrecht (Cathy2) for writing this page.

Aside from my ardent declarations of love for bacon, I usually keep my eating habits private. I don’t run around telling people what I will and won’t eat as a matter of courtesy. If you invite me to dinner, I’ll eat just about anything you put in front of me. So when I finally do get to choose what I would like to eat and ask for a vegetarian meal, some of my associates are often puzzled. “When did you become a vegetarian?” is a common question I hear. I usually have to correct people. “I’m not a vegetarian; I’m a flexitarian.” Inevitably, this revelation is met by a puzzled expression. So I explain.

END_OF_DOCUMENT_TOKEN_TO_BE_REPLACED 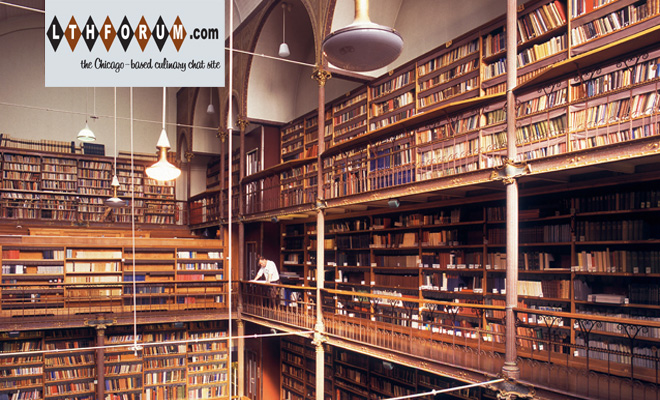 Here is an archive of our recent Homepage Articles. Alan Lake: Let’s go back to early Steve food memories.   Steve Zaransky: My dad was in the hotel business, which gave me a lot of exposure - but really, the earliest memories with food were of my mom cooking. I would sit on this little chair in front of the oven window watching choux pastry rise. Like it was a TV. I just couldn’t believe that this was happening in the oven in front of me. I was five or six and totally into watching this. My mom’s a great cook; she cranked out great dinners on a daily basis. She was a stay-at-home mom, who cooked full dinners for the family every night. That formed the memories for what she still cooks today. Alan Lake: Give me some background into your food illness. What started you on your path? Ronnie Suburban: My dad was a deli man. His first job, when he was 14 - you know when Jews were still on the South Side of Chicago - he was in high school and had a job working at a deli. He loved it! And before that, my grandfather was a kosher butcher. He had a shop on 77th and Jeffery. So it was in the family on that side. My dad wasn’t a particularly well-versed guy with food, but what he loved, he loved to share. I remember certain sandwiches he would make, or certain things he would cook for us...I mean, he had a limited repertoire but certain things obviously meant something more to him.

Eating and The Beautiful Game: Top-Notch U.K.-Style Scarfing for Soccer It’s often been said that America and the U.K. are two nations divided by a common language. The Brits say “football,” we Americans say “soccer.” We say “tomato,” they say… er… “tomato.” Though a worldwide passion since the Stone Age, U.S. sports fans have only begun to embrace “the beautiful game” called soccer, particularly the teams of the English Premier League. The origins of modern-day soccer are said to have sprouted up in England in the 1800s, and the eating traditions surrounding the game are almost as deep and rich as the history of the game itself. While we here in the U.S. tend to stick with our wings and hot dogs no matter what sport we’re viewing, soccer games are a good opportunity to bask in a cultural exchange of sorts.

Jewels from the Garden: The Story Behind Carl's Glass Gems

In May of 2012, the above photo of an ear of corn featuring astonishingly psychedelic colors made the rounds on the Internet. "NOT PHOTOSHOPPED!" blared the blogs. Being a rainbow aficionado myself, I briefly toyed with the idea of tracking down the seeds of this marvelous grain so I could grow it, but I didn't yet have a dedicated garden space. Besides, it wasn't yet commercially available. Later that year, I dug out three little 4'x4' garden boxes in my backyard, with permission from my landlord, and started dreaming about what to grow in it. The tiny amount of the fabulous corn seed available for the year was already sold out from the only company legitimately selling it, but I decided to take my chances with an eBay seller. Finally I had my hands on a tiny Ziploc baggie filled with a few dozen nondescript nuggets of what looked like run-of-the-mill Indian corn. The whole episode had a slightly...ahem...seedy feel to it. I really had no idea where this corn had come from. The seller was new, and I wondered whether I'd let myself be ripped off, but there were no more seeds to be found and I decided to take the gamble. I planted them in May of 2013 and crossed my fingers. For my 30th wedding anniversary, I wanted to prove that there was more to the planet than New York City or Las Vegas. I wanted to bust preconceptions and welcome the unexpected. So my wife and I did Italy - or, more specifically, as much of Italy as one can do in eight days. For years, I had been regaled with stories from friends and business colleagues about the history, the paintings, the cathedrals, the sculptures, but mostly the food. The food!  My goodness, the way they went on about what they consumed over there, I enviously began to think that some new series of tastes and flavors had been discovered. And while I thought I was a pretty decent cook of all things Italian, I had always wondered what was lost in the translation from there to here. So, we wanted the focus of the trip to be a couple of cooking classes. After exploring websites and finding guided culinary adventures online, my wife and I eventually decided - with a certain amount of trepidation - to go it alone. We chose, for our first class, the exotic semi-tropical island of Sicily. And then we chose a second class in Chianti, the better to experience diverse regional cooking within the same country.

In a pickle: What's up with green relish? When I first landed on the Northwest Side four years ago, my sister quickly planned a trip to visit Chicago for the first time. And one of the ways she and I get our bearings in a new place is to dig in to the traditional foods of the area. So, naturally, our first foray into my new hometown's offerings included a pilgrimage to Superdawg. There was also much sampling of pizza, Italian beef, giardiniera, and — Chicago being the largest Polish-populated city outside of Warsaw — a healthy dose of pierogies and paczki. But the one item she chose to make room for in her luggage on the return trip? A jar of the neon-green Chicago-style sweet relish that had adorned her hot dog. Some food items are so particular to a region that they’ve become edible icons representing a tradition and a way of life - points of personal identification for residents, almost as sacred as a national flag. One of these, out of France, is the beautifully-colored biscuit rose de Reims, or rose biscuit. Rose biscuits have been produced in Reims, France, since 1691. Once, dozens of bakeries made them, but production took predictable hits during World Wars I and II. Now, the only remaining producer of rose biscuits in Reims is Maison Fossier.

In Search of the Jim Shoe

People eat differently on the South Side. If you don't believe that, try to find a Mother in Law, Big Baby, or Freddy north of Madison Street. Another sandwich, also likely unfamiliar to most Northsiders, is currently spreading around the South Side and beyond. Ten or fifteen years ago I found a menu from a South Side sub shop slipped into my front gate. It listed all the familiar local treats: subs stuffed with beef (either "roast" or "corn"); gyros (usually pronounced GUY-ro); and super tacos (ground beef, lettuce, and tomatoes, all folded into a pita). But there was also a sandwich I'd never heard of then: the Jim Shoe. In the next few years I would notice that name on menus or window signs of other sub shops. Clearly the Jim Shoe wasn't found at only one or two places. After I had completed an initial investigation into the Mother-in-Law (a tamale with chili, usually served on a hot dog bun), I decided to take on the Jim Shoe. Where did it originate? How did it get that peculiar name? Little did I know that after nearly a decade and dozens of Shoes, I'd still be asking those same questions.